I know I promised holiday themed posts, but this one still classifies. The holiday season starts in November, so I justify this, and I really wanted to share.

At the beginning of November, I participated in my first ever race. I’m not a runner, nor am I the fittest person you’ve ever met. Though, I’ve always wanted to participate in a 5K. I can’t say much about anything higher than that — maybe one day.

So, in speaking to a coworker of mine, I decided, “What the heck; I have nothing to lose.” I signed up for the Hot Cider Hustle in our nation’s capital and began to train.

Some might not have needed to practice for this race, but before this, I hadn’t run on the treadmill for longer than ten minutes. I looked up the average running time for a 5K — 30 mins — and thought, “That shouldn’t be that hard to get to before the race.” I had about a month to get there, but I was in for a sweet surprise. I started to run  as perspiration began to melt off my face. I was hot in a matter of minutes. I looked down at the treadmill to only see one mile down. It was going to be a long night. As I finished, all I could feel was the trickling of sweat down my spine and my breathing heightened.

“I have to do this again,” I thought. My time was only forty some odd minutes. I couldn’t possibly run that slow. The race only allotted 45. I was adamant in pushing on. I constantly came to the gym as much as I could to get better and faster and stronger. My time slowly went down. It wasn’t a drastic change, but it was gradually consistent. 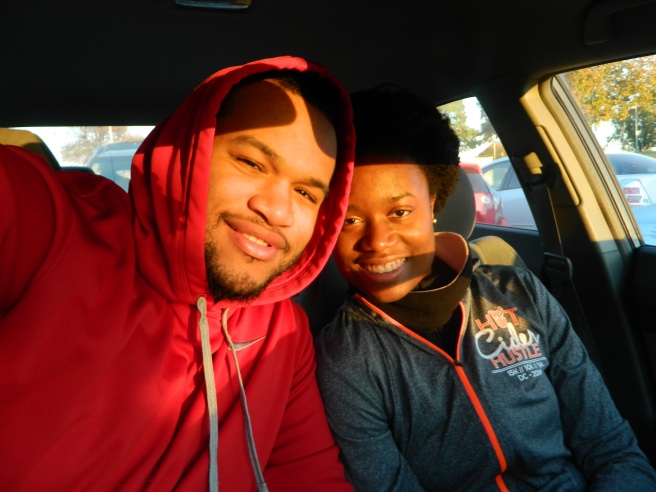 The day of the race, I was ready. The goal was to make it to the end no matter the outcome. I passed the finish line with 37 minutes on my clock and a smile on my face. Although I didn’t reach my goal, that was my fastest time yet. The caramel apple and apple cider didn’t hurt either.

Always strive for more. Always reach further. Shoot for the stars, and you just might land amongst the clouds.

2 thoughts on “My First Big Race”

Summertime Camera Roll 🎥☀️🍉☺️ #summervibes #summer2022
I did it! 🥳 The first draft of my second novel is complete! Wow! I started this YA Contemporary novel on June 28th, 2021, and it’s now fully drafted on May 28th, 2022 (exactly 11 months since then). I didn’t plan that, but that’s so incredible considering the years it took me to write my first book. While my first book is my baby and will always have a special place in my heart, I am so excited for where my second book will go. So now, here’s where the hard work starts. But like I said when I got to 50,000 words, I want to remember this moment. On this day, my second novel is fully drafted at over 72,000 words, and I couldn’t be more proud of myself for it! If you would like to be a #betareader (someone who can look over my work and give me input), please don’t hesitate to DM me! #writingcommunity #amwriting #ya
Warm Vibes ☀️ #warmweatherletsgo #tidalbasin
Happy Mother’s Day, mommy! Thank you for being the best mom I could’ve ever hoped for! I wish nothing but bountiful blessings for you today and forever. 🤗💕 Also, the Guineas love you too! ☺️
It's always an adventure w/ you @swagg_otm 🍃 ...vid of our time @ #cunninghamfalls #cunninghamfallsstatepark on YouTube @ Chris & Jas Vlogs #staycationvibes #staycation #chrisjasvlogs
Loving the time we spend together @swagg_otm 🦆🌿…vid of our time @ #riowashingtoniancenter & #coastalflatsgaithersburg on YouTube @ Chris & Jas Vlogs #staycationvibes #staycation #chrisjasvlogs