If I had to choose one thing that signifies fall the most, I wouldn’t hesitate in saying pumpkin. Pumpkin spice lattes, donuts, cookies, cakes and beyond flood the shops. While pumpkin has never been on my agenda food wise, I’ve always wondered what it would be like to carve one. My family isn’t big on Halloween, so it’s never been on the forefront of my agenda, but I figured I’d take a crack at it (with a few helpers, of course).

After getting the pumpkin and carving tool – and procrastinating on this project (I wouldn’t be me if I didn’t) – I got to work.

My initial thought was to do a classic design on one side and try something unique on the other side – until I found a Facebook video showcasing a Tinkerbell-themed pumpkin. I had my design and was ready to get carving!

For some reason, the most fun part of doing this was ripping out the inside of the pumpkin. It looks really gross, but it was invigorating. I found myself pulling the stringy bits out and playing with the seeds. I almost had the urge to plant them and attempt to grow another pumpkin, but I haven’t had the best of luck with house plants let alone a massive pumpkin. 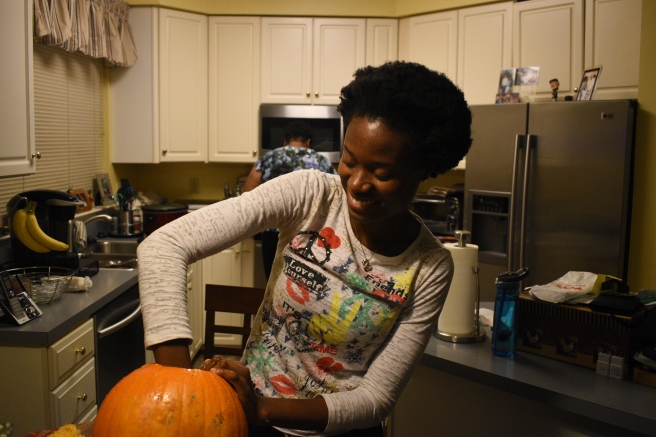 The video that I found used transfer paper, but since I didn’t have that, my boyfriend, dad and I decided that we would print out a photo, tape it onto the pumpkin and cut around it. It wasn’t the best idea because the paper kept breaking as we were trying to carve the pumpkin, so we decided to print out a new photo, cut the design out of the white background and trace around it. 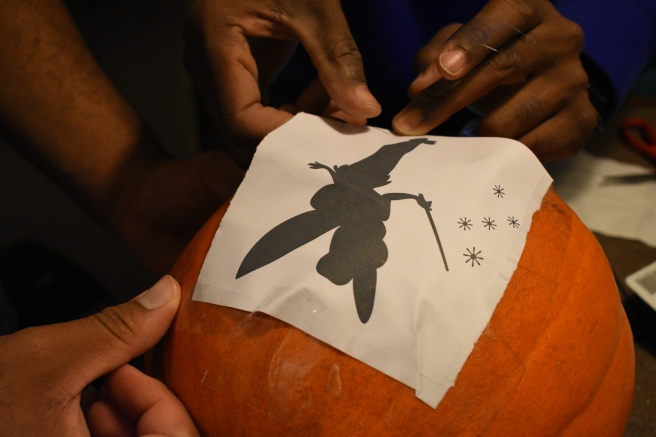 Once we had the design traced onto the pumpkin, it was a much easier process. I won’t bore you with the details of carving this out, but it took a good while. My boyfriend thought it would be nice to add a Tinkerbell saying, but once I got through carving out half of it, I stopped. I was too lazy to finish. Luckily after drilling a bunch of holes to mimic pixie dust, it kind of looks like there’s an ellipsis after the saying. The full quote is: All you need is faith, trust and a little bit of pixie dust. 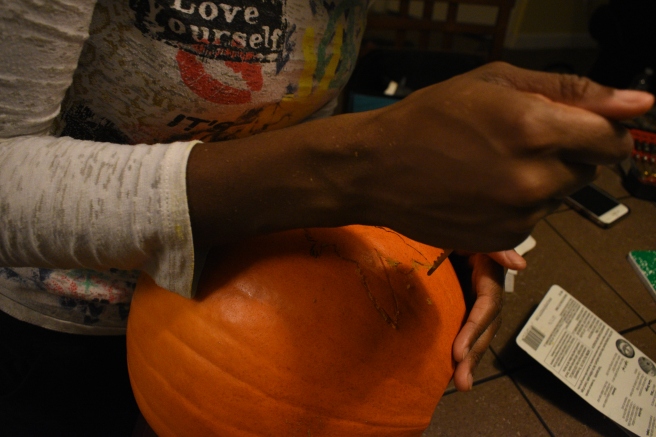 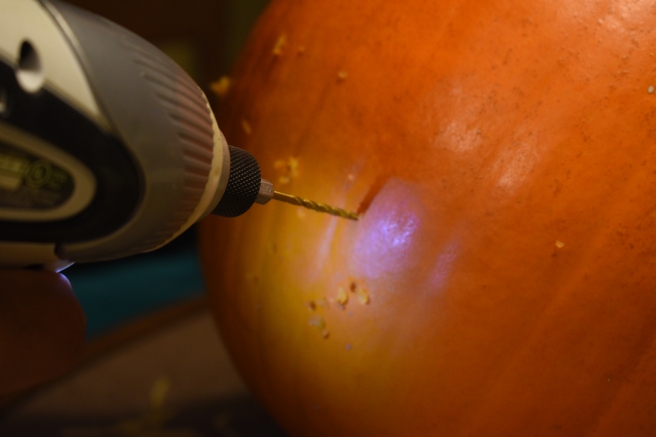 All in all, I think it came out pretty good. I wouldn’t mind doing this again next year.

A special thanks to Chris for his photography and guidance and my dad for using his drill.

One thought on “I Carved A Pumpkin”

© Jasmine Sayles and heyujas, 2020. Unauthorized use and/or duplication of this material without express and written permission from this site’s author and/or owner is strictly prohibited. To use or reproduce any post, please contact Jasmine directly at heyujas@gmail.com.