If you haven’t already checked out the first part of this travel diary, STOP AND CLICK HERE. Then, come on back.

If you have, let’s get into it! 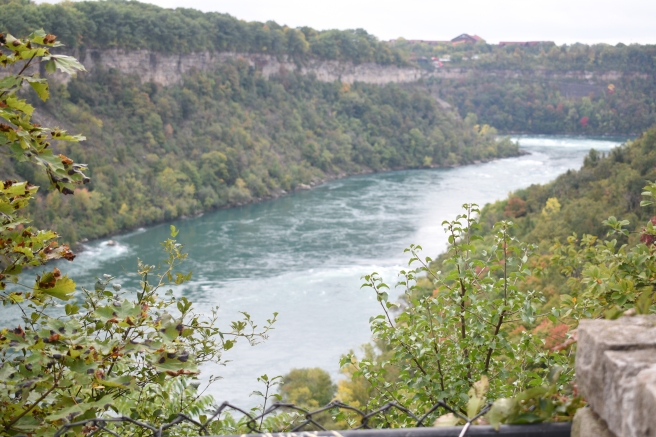 Wednesday: Get On Your Hiking Shoes

For Wednesday, I planned for us to go on a hike. Originally, I wanted us to go to the Great Gorge Scenic Overlook, but we decided against it since we would have to travel back over the border. To stick to our plan of making it a quick hour or so excursion, we decided on the Niagara Glen Nature Reserve – which is still on the Canadian side. 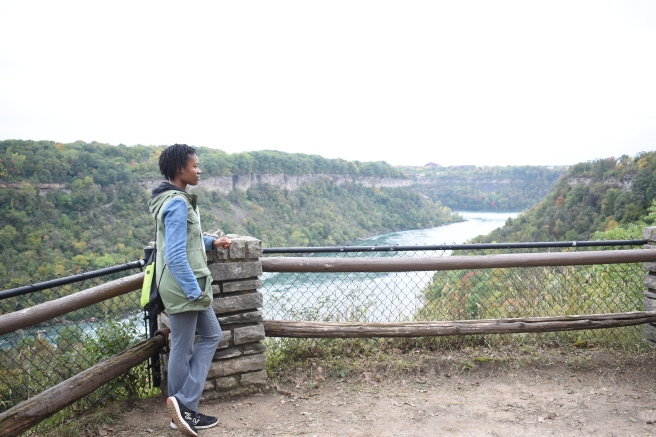 My boyfriend and I put on our athletic wear and journeyed to the park. Once we parked and got a map from the front desk, we decided on the trail we wanted to travel down. There were many. Admittedly, we ended up making a slightly wrong turn and opted for a different trail than we originally planned on, but it was perfectly fine. We walked down as far as we could go and spent some time looking out onto the clear open water. 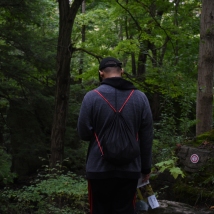 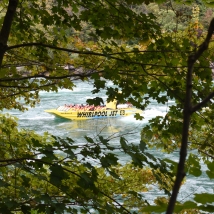 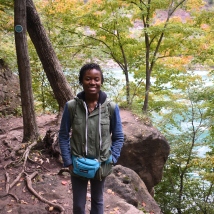 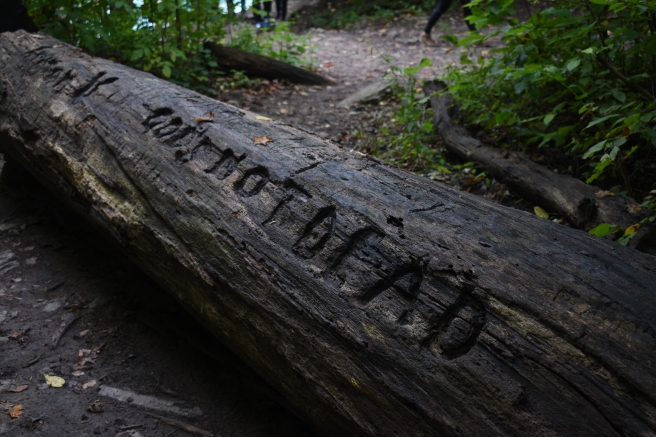 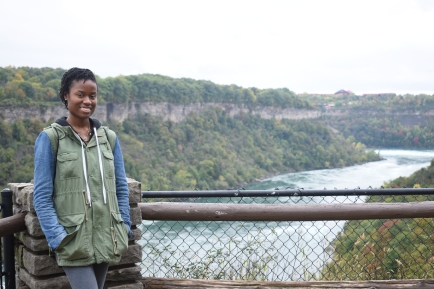 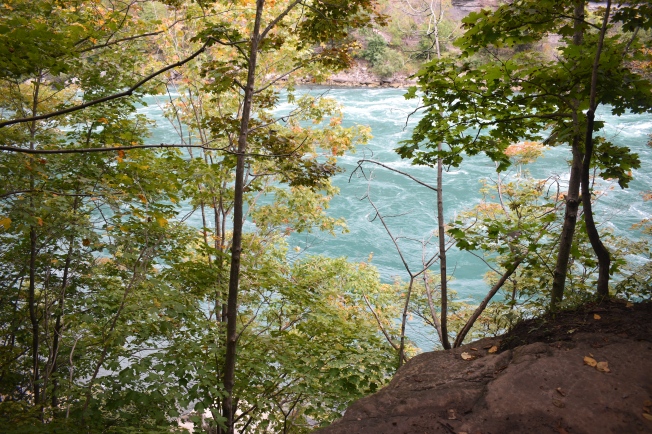 Once we freshened up back at the hotel, we headed to the nearby Outlet Collection to Niagara for a bite to eat and a peruse around. We ate at this delicious burger joint called Big Smoke Burger. We didn’t really get to walk around the town – which reminds me of Williamsburg, Virginia from the photos online – but the outlet had a ton of stores to shop around. If you’re ever in their area and are looking for a place to shop, that would be a good place to go to. 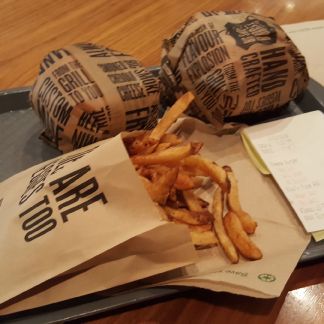 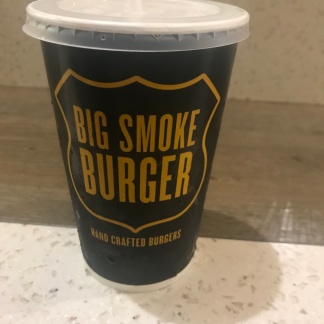 Thursday was a spontaneous day. My mom and cousin had an idea of going on a Hornblower Niagara Cruise, so we made it happen. We were blessed with bright and sunny weather, which was perfect considering the fact that it’s colder near the water. Once we were done getting our tickets, we slipped on the ponchos we were given and hopped aboard the top of the boat. 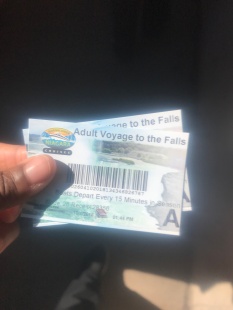 We cruised along as we were amazed by the wonders of the American, Bridal Veil and Horseshoe Canadian Falls. The Rainbow Bridge also overlooked us, and coincidentally, we were graced by a rainbow. I think the coolest thing about this boat tour was being directly in the middle of the Canadian Falls. We were on a side where we wouldn’t get soaked, but we definitely got splashed. It was worth it, though, because we were right in the middle of it. 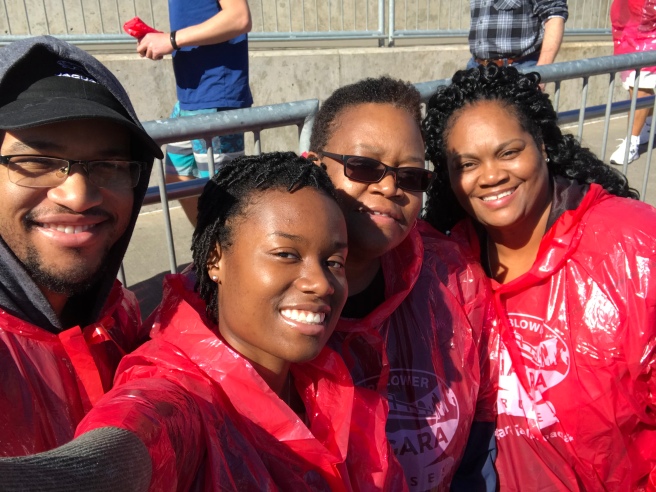 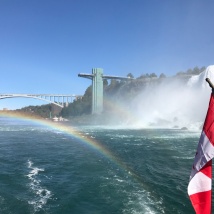 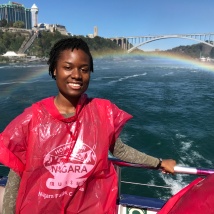 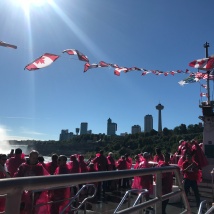 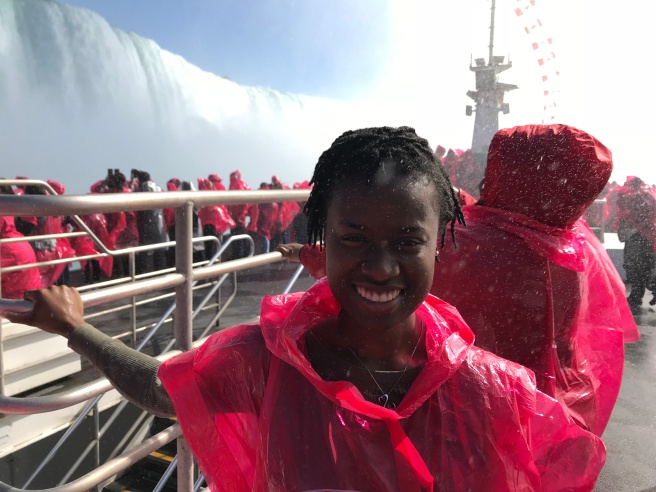 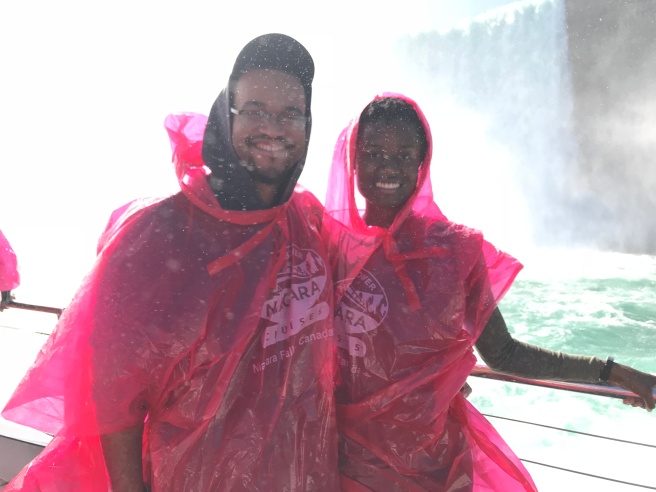 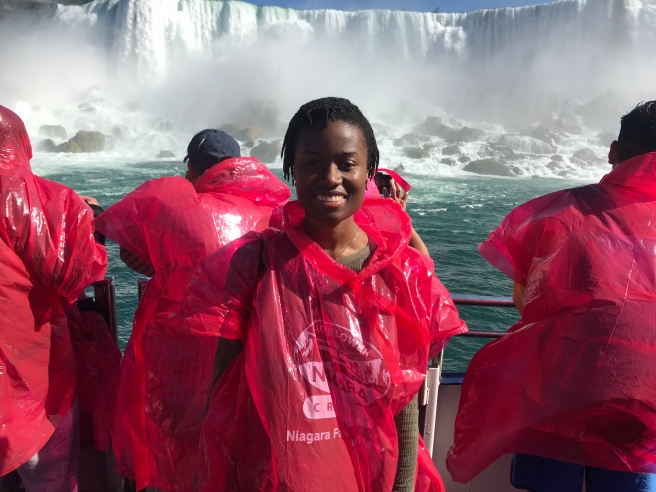 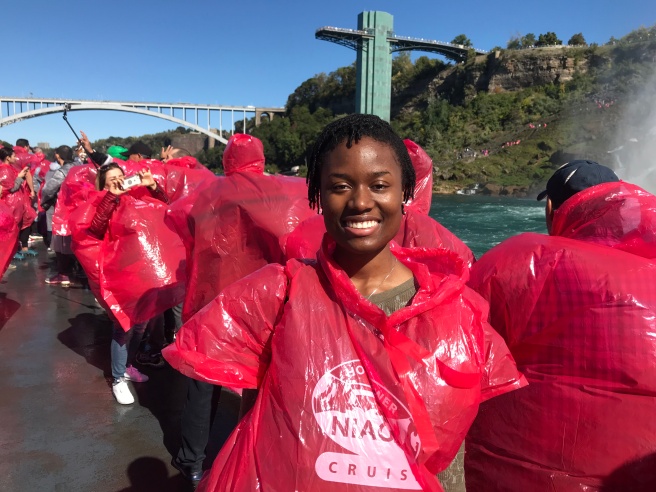 After we were done, we spent the rest of the day at Clifton Hill. My boyfriend and I were eyeing this restaurant called Boston Pizza the whole week, so we decided to go there for dinner. Afterwards, we all got a funnel cake – which was delish, by the way. That night, my boyfriend thought it would be nice for us two go to this indoor mini golf place called Wizard’s Golf. We decided that the lights threw our golf game off – because that’s easier than saying we were bad – but it was still really fun. 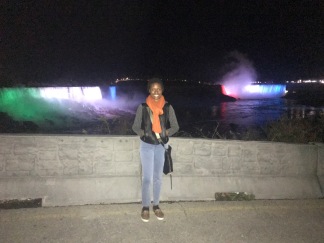 Friday marked the end of our trip. We grabbed our already packed bags and loaded them into the car. Once we kissed our hotel room goodbye, we checked out of our hotel and made our way back home. 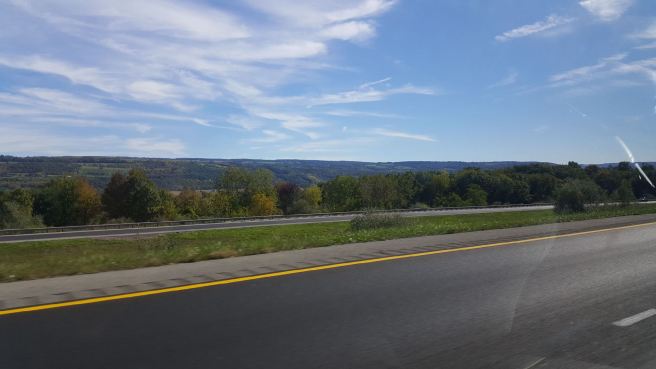 Last Thoughts By My Boyfriend, Chris:

It is such an honor to make a writing cameo on Jasmine’s blog, and I thank her for giving me a chance to write. One statement came to mind as we departed Canada: “Every good thing must come to an end,” and it has never been such a truer statement. It’s no secret that I was sadden by the fact that we had to leave, but I am grateful to have been able to experience one of God’s beautiful creations with my beautiful girlfriend and family. I pray that we remember the time that we spent there for years to come, but I also pray that you guys can experience it as well or something just as beautiful in your lifetime, as it gives you a deeper appreciation for our world. 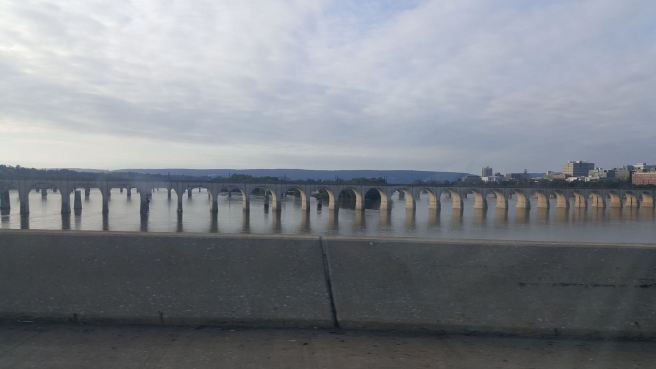 Today marks 9 years since my love and I started dating. It’s amazing to see how God has blessed us from being great friends, to dating & now married. I am beyond grateful for this life we share together and cherish every moment that we get to spend together. Happy Dating Anniversary babe!!! 🥰😘❤️ 2/13/11 Forever & Always
#premierwinterfest2020 ❄️🙏🏾 @mywinterfest
2019 was a year of change. I got married to the love of my life. We moved into our new place & made memories with so many of our friends & fam. Super grateful for where God has me in this life & excited for the new decade ahead. 2020 let’s get it!!! 🍾🎉🍾🎉🍾🎉
Merry Christmas, everyone! 🎄🎄🎄🎄🎄
My husband, Chris, is the kindest and most compassionate person I’ve met on this planet, so I am super grateful and excited to celebrate his 24th birthday!!! This is the first year we’re celebrating a birthday as a married couple, so it makes it extra special. Baby, I love you & I am so happy to have you in my life. Every year we have together is another year to be thankful. It is because of God that we are together & that we have made it through some of our darkest moments in this life. But enough of that mushy stuff. LET’S CELEBRATE, BABY!!! 🎉🎉🎉🎉🎉
Time to celebrate! 🥂 #honeymoonherewecome

© Jasmine Moses and heyujas, 2019. Unauthorized use and/or duplication of this material without express and written permission from this site’s author and/or owner is strictly prohibited. To use or reproduce any post, please contact Jasmine directly at heyujas@gmail.com.