It took me a while to make this blog post because this recipe requires a lot of involvement, but if you’re up for the challenge, you’ll be more than happy with the outcome.

I came up with this recipe when I was trying to figure out what vegan dishes I would make for one of my close friends during the holidays. But if you’re an omnivore like myself, you won’t even notice that these are vegan.

Let’s jump on in!

For the base of the apple turnover, I went with an easy puff pastry recipe I got off of Pinterest. For the dough, you’ll need 1 cup of flour, 1/4 teaspoon of salt, 10 tablespoons of butter (to make this vegan: substitute with vegan butter; I used Smart Balance), and a 1/3 cup of ice water. 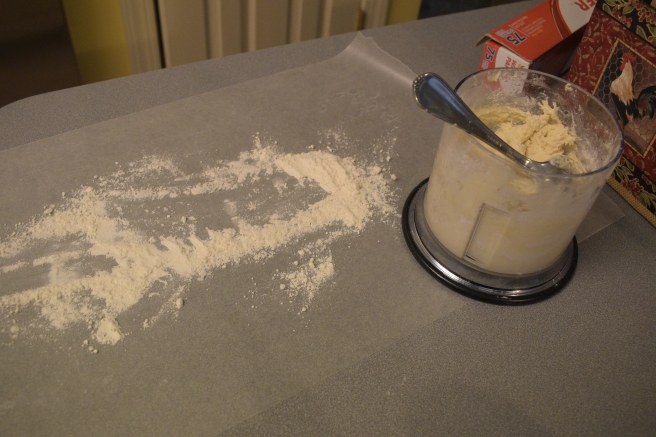 Once the dough is combined, you’ll want to sprinkle some flour down and dump the dough out.

Once the dough is nicely incorporated, wrap it with cling film and place it in the fridge for at least an hour.

While the dough is cooling, you can prep the filling. I peeled, sliced and cubed roughly six small honey crisp apples.

After the apples are prepped, it’s time to combine a tablespoon of butter (or vegan butter); 1-2 tablespoons of nutmeg, allspice and cinnamon; roughly five tablespoons of brown sugar; and a splash of lemon abstract. 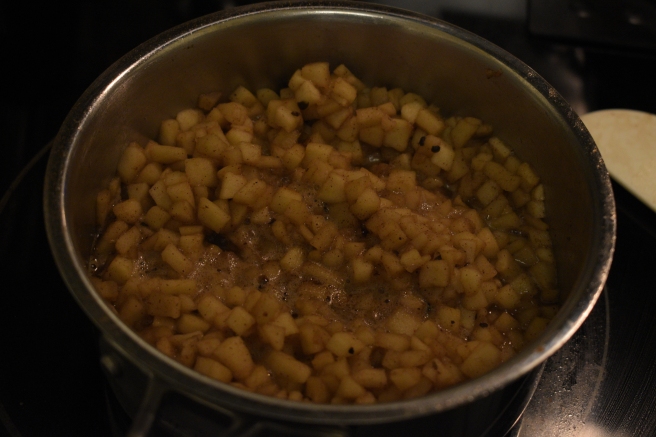 Heat the mixture until the apples are soft.

Next, I cut the dough into equal-sized squares. I made roughly 25-30 pieces.

To make the turnover, roll out the square until it’s thin… 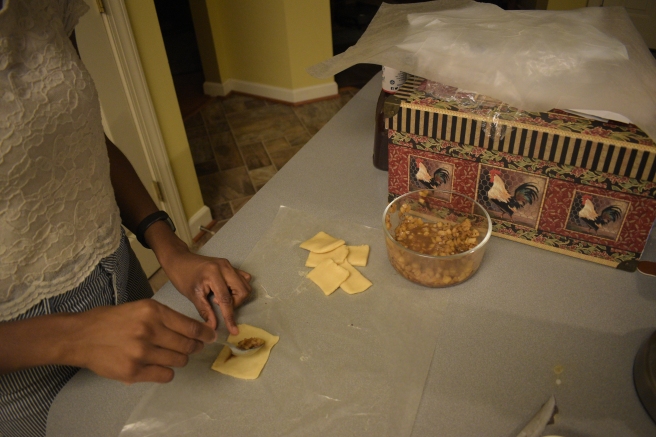 …add a spoonful of mixture…

…put a little bit of water around the edges of the dough as a sealing agent, pull the top of the dough to the bottom… 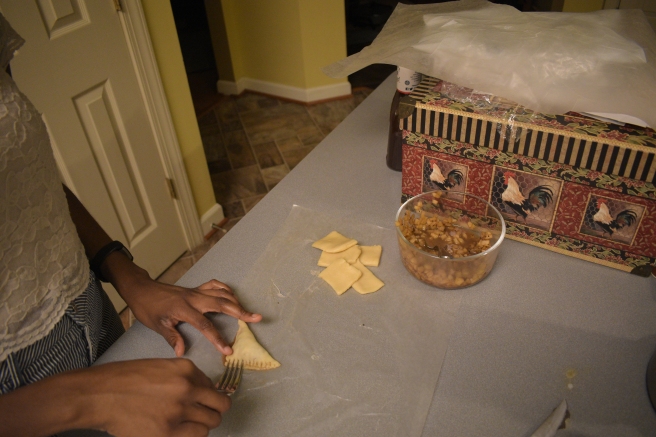 …use a fork to seal the dough and poke a few holes into each pastry to create ventilation. Grease the pan with nonstick cooking spray (use non-dairy spray for the vegan version), bake at 350 degrees for roughly 20-25 minutes or until the edges are brown… and Voila!

Babe 🥰, to call you my own has been the greatest gift I have been given in this life. Selfless. Compassionate. Noble. These are just a few things
Summertime Camera Roll 🎥☀️🍉☺️ #summervibes #summer2022
I did it! 🥳 The first draft of my second novel is complete! Wow! I started this YA Contemporary novel on June 28th, 2021, and it’s now fully drafted on May 28th, 2022 (exactly 11 months since then). I didn’t plan that, but that’s so incredible considering the years it took me to write my first book. While my first book is my baby and will always have a special place in my heart, I am so excited for where my second book will go. So now, here’s where the hard work starts. But like I said when I got to 50,000 words, I want to remember this moment. On this day, my second novel is fully drafted at over 72,000 words, and I couldn’t be more proud of myself for it! If you would like to be a #betareader (someone who can look over my work and give me input), please don’t hesitate to DM me! #writingcommunity #amwriting #ya
Warm Vibes ☀️ #warmweatherletsgo #tidalbasin
Happy Mother’s Day, mommy! Thank you for being the best mom I could’ve ever hoped for! I wish nothing but bountiful blessings for you today and forever. 🤗💕 Also, the Guineas love you too! ☺️
It's always an adventure w/ you @swagg_otm 🍃 ...vid of our time @ #cunninghamfalls #cunninghamfallsstatepark on YouTube @ Chris & Jas Vlogs #staycationvibes #staycation #chrisjasvlogs