I’ve traveled to quite a few places throughout the United States, but I’ve never traveled out of the country. This is the year that I changed that. I got my passport and started planning my first international trip.

Choosing to go to Canada for my first trip out of the country was a no brainer. I’ve always been fascinated with the idea of going to Canada because it’s a good toe dip into another country. While the country possesses a good amount of French speakers, English is also a native language. This made me feel confident that I would be able to navigate easily and not really have to worry about communicating with other people. Though, the main reason I wanted to go to the country is for the views, which is why Niagara Falls seemed like a perfect place to spend the week. 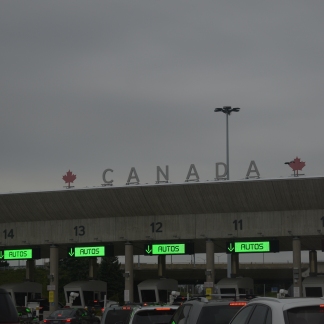 After we lugged all of our bags into the car and everyone was fastened up, we embarked on our eight-hour or so journey. When we left, there was a decent amount of clouds and fog, but the mountain views weren’t compromised.

Once we finally made it to the hotel around dinnertime, we got all of our stuff situated in our room and went to the casino to convert our U.S. dollars into Canadian dollars. After we got our money, we found an eatery in the same building as the casino. We decided on Tim Hortons, which is highly popular in Canada. There was practically one in every corner of Niagara Falls, but I didn’t mind it. The panini that I had was really delicious. This was my first time eating at Tim Hortons, and we only went there once. Though, if I had to describe it, I would say they specialize in really nice hot sandwiches and wraps, whether that’s for breakfast, lunch or dinner.

After we finished eating, we walked outside to enjoy the fireworks at ten o’clock. Luckily, we were able to see the fireworks on our trip because it isn’t an everyday thing. The fireworks show only lasted for three to five minutes, which is a lot less time than shows happen in the States. Though, they did use all of their good fireworks, so I was able to get some really nice shots. Once they were done, my boyfriend and I wandered around for a bit before joining the others back at the hotel and tucking in for the night. 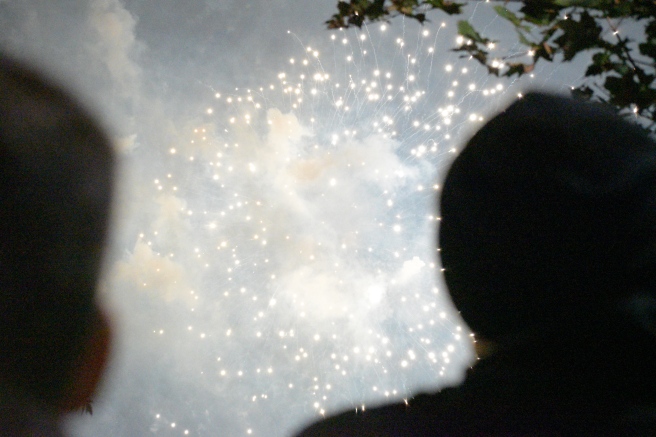 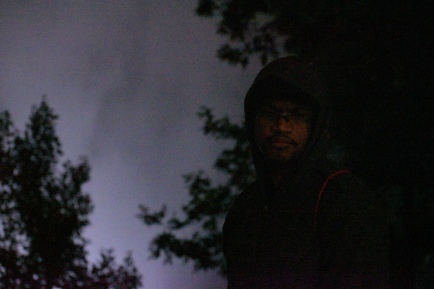 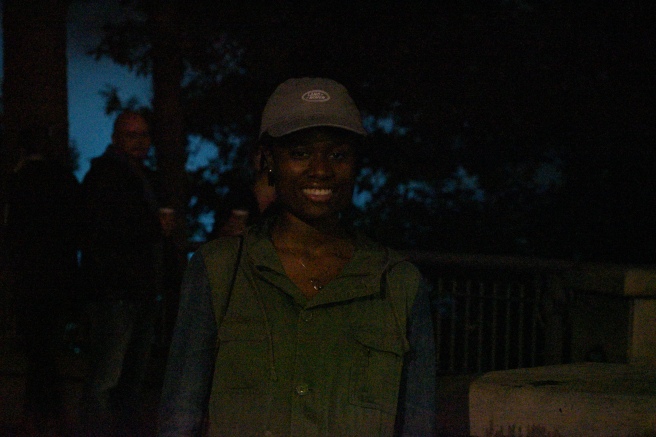 Monday: Bundle Up and Be Amazed

The weather on Monday was pretty icky, but we tried our best to make the most of the day. That afternoon, we ended up eating at McDonald’s. While we were there, we noticed that the ketchup and barbecue sauce were much sweeter than we are accustomed to. My boyfriend, Chris, was a big fan of this. 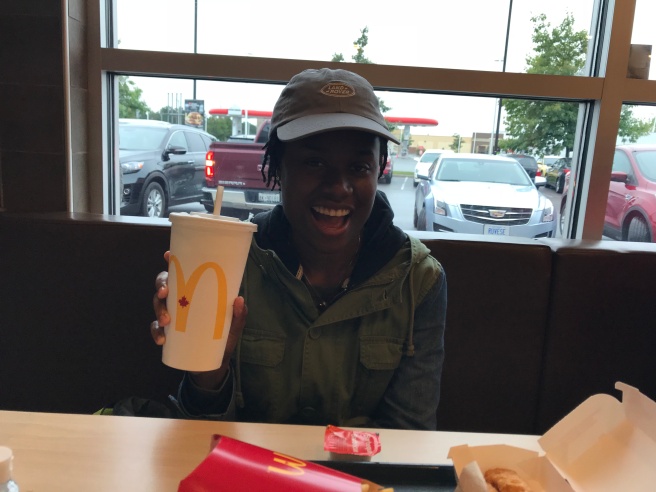 After we ate, we stopped by Walmart to pick up a few things we forgot to bring – like gloves. We also went to Dollarama – which we found to be an even better dollar store than we have in the States. I honestly wish I could’ve brought it back with me. I ended up getting an amazing orange scarf that I wore throughout the entire trip and could see myself wearing a ton during Fall. 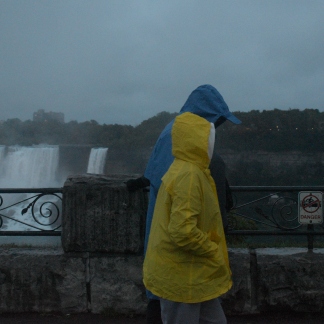 That evening, my boyfriend and I bundled up and took a walk down to the Falls. And even in the cold, it was stunning and well worth the effort. We ate dinner at this place called East Side Mario’s and hit the hay for the night. 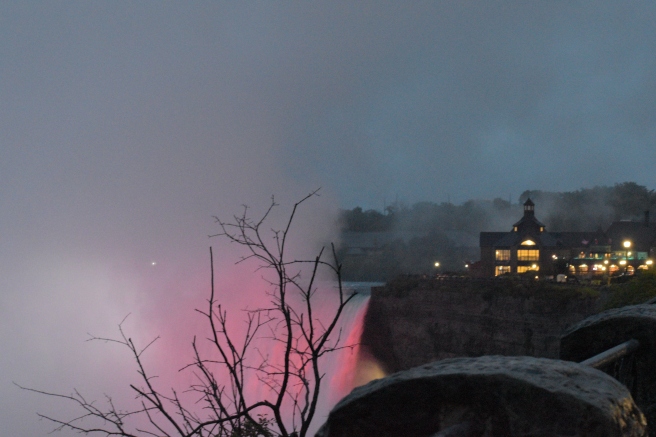 Tuesday: So, So Good

When planning the trip, I knew that I wanted to make Tuesday the day that we went to the Skylon Tower. Sunday wouldn’t be ideal because we would be traveling, and Monday would be a good time to get settled. With everything booked, we spent Tuesday morning getting a little extra rest, and then we spent the first half of our day exploring Clifton Hill and getting souvenirs. 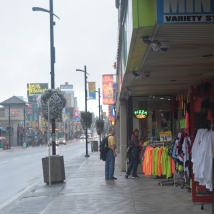 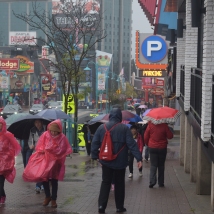 Once it got near our five o’clock reservation time, we took a walk down to the overlook area where a lot of people congregate near the Falls to snap a few pics. Afterwards, we made the trek up the hill to the Skylon Tower where we indulged in the Summit Suite Buffet. This was definitely one of the highlights of our trip. 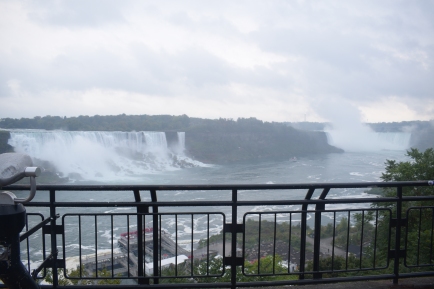 They have so many kinds of foods that there’s no way that you wouldn’t be able to find something that you like. I was thrilled to find mussels, crabs, prime rib, roasted potatoes, oriental noodles, divine bread rolls and butter, fruit upon fruit and so much more. I wish I took more pictures of the food, but I was fully soaking in the experience. When we first got to our seats in the tower, we were able to get a few nice shots before the fog completely enveloped us. 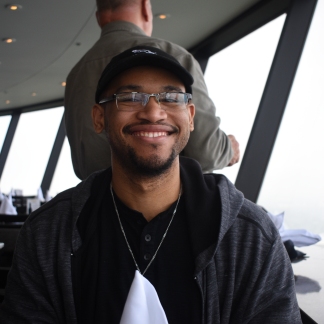 Once our bellies were full and we got back to our car, we decided to go to a souvenir shop before we settled back into our hotel for the night. At the shop, we were able to try pure Canadian maple syrup. Let me tell you, that stuff is no joke. It’s nothing like the sugary stuff I’m used to. 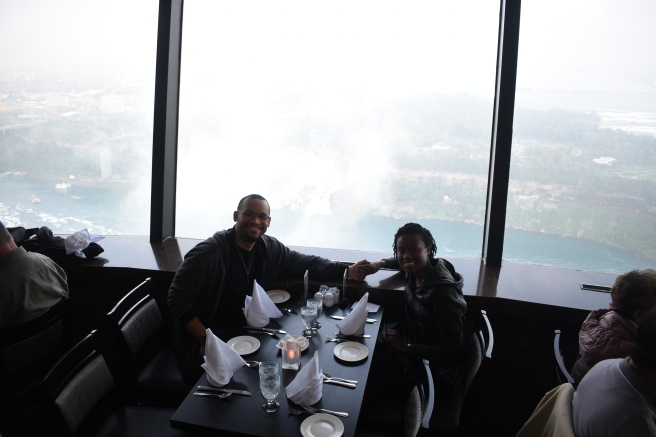 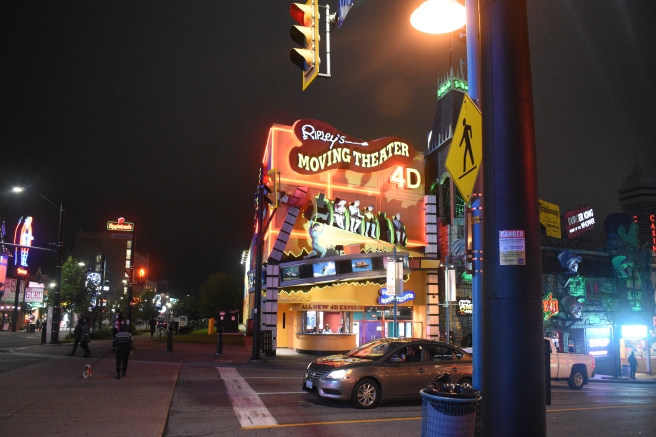 One thought on “My Travel Diary: Niagara Falls, Ontario (Part 1)”