This is how it went down. Chris knew that I had talked about going on a picnic together, so he suggested that we’d do that for our anniversary. The day of, he picked me up and we went to have our picnic at a nice outdoor destination. Little did I know that he would be popping the question that day. 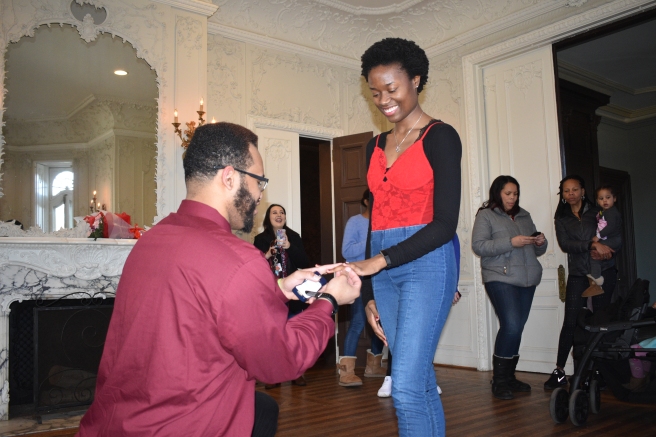 We walked on the property for a while, and Chris suggested to go inside the mansion that was housed there. I didn’t think it would be possible to get inside, but I followed along. He was acting a little strange, but I assumed it was because he wanted the picnic to be special.

I can’t begin to express the varying emotions I felt when the door opened, one of our songs began to play and a group of our close friends were lined up with photos chronicling our relationship. There were eight picture frames, and every one of them had a photo of Chris and I for that year of our relationship except the last frame. It was empty. Chris explained that it represented this year of our relationship, and once he said that, each person down the line began to flip their respective frames.

The back of the frames spelled out, “Will You Marry Me?” I turned around, and Chris was down on one knee, asking me to be his wife. Without any hesitation, I said YES! 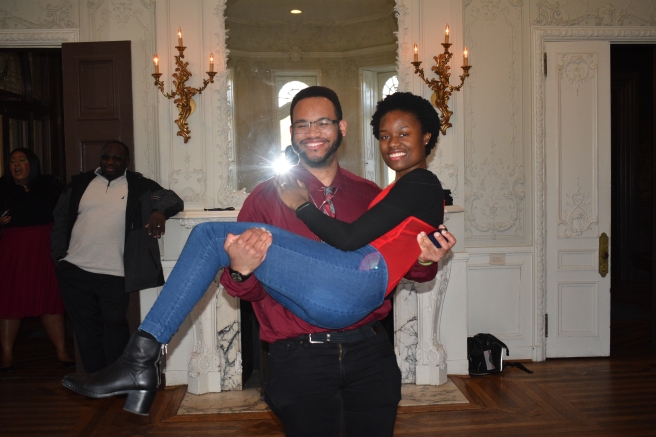 To say that life has thrown us some curveballs would be an understatement. And yet, here we are – engaged. Chris, I love you. I know that life is a series of uphill battles, but there’s no one I would rather face them with than you. 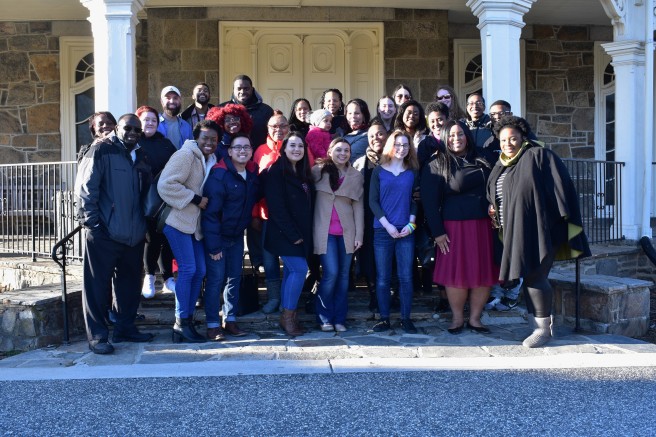 And to everyone who came out to support us in this next phase of our lives together, thank you.

Thank you for helping out with the photos, Christian Hixton.

4 thoughts on “Our Engagement Story”